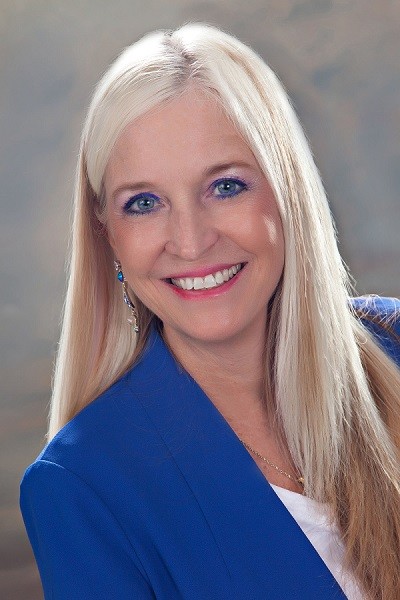 Robin Dawn Ryan, owner and artistic director of Robin Dawn Academy of Performing Arts, started dancing when she was two years old in Indianapolis, Indiana, where she studied tap, ballet, acrobatics and baton. She was a member of a young dance group called the “Ten Wonders,” which traveled throughout Indiana. Robin won numerous awards in both dance and gymnastics. At age 14 she competed in the AAU Junior Olympics placing 2nd in floor exercises and 4th all around for the state of Indiana.
In 1970, her family moved to Venice, Florida where Robin trained with the Sarasota Sailor Circus and traveled to Alaska to perform in the summer. Following her high school graduation, she worked as a professional circus performer in Colorado and New York doing tumbling, aerial work and trick bareback riding.
Robin opened RDA in Cape Coral, Florida in 1975. Robin and her staff have been training dancers for 45 years. She is a member of Dance Masters of America, Dance Teachers of America and is one of the 14 ambassadors for the Dance Teacher Summit held annually in NYC, sponsored by Dance Teacher Magazine. She is most often asked to teach her stretch and flex warm up and strong technique classes after colleagues have seen the quality of her dancers during performances. Robin has been judging, choreographing solos and groups as well as guest teaching all over the United States and Canada for the last 35 years.
In 1995, Robin and several students filmed a preschool tap, ballet and jazz television show called “Miss Robin’s Dance Show,” which aired on the Bravo Network. She also produced a tap video and released a DVD of her stretch and flex exercise routine. In 2009, Robin wrote The Dance Competition Handbook: How You Can Succeed at Dance Competitions! She was on the cover of Dance Magazine in 2007, and is frequently called to contribute to Dance Magazine and Dance Teacher Magazine.
Robin’s choreography and dancers have been seen at the Broadway Palm Dinner Theater, Dutch Apple Dinner Theater in Pennsylvania and numerous other local and regional theaters. She is an adjunct teacher at North Fort Myers High School, where she has been choreographing their award winning annual musicals for 23 years. She also teaches dance class at the high school. She has given countless hours to the community through volunteer dance shows performed by her students. She has choreographed, directed and produced a number of local events including “Rockin’ Kid’s Christmas Show” and Arts of the ACT with Tracy Ullman. Robin has been nominated for Lee County’s Angel of the Arts Award, ABC’s The View’s Most Remarkable Women and the Dancer Teacher Award sponsored by Dance Teacher Magazine.
Robin’s competition team was called The Showstopper’s, but after 25 years they became the Robin Dawn Legends, a very deserving name as Robin’s dancers are recognized throughout the dance competition world, including being invited to dance in Europe and China. Many Robin Dawn Legend dancers have gone on to be professional dancers and continue on that path today. Robin’s students have Broadway, Broadway tour, Disney performer, Las Vegas performer, television and studio ownership credits to their name. Many have gone into other aspects of entertainment as well. They all note their Robin Dawn training as a major factor in their success.
As a busy professional dance teacher & studio owner, Robin works hard to balance her business and family life. Kevin and Robin have been married for 20 years and together have six children: Chandler, his wife Sara and their children, Levi, Alayna & Dalton; Brooke, her husband Matt and their daughters, Savannah & Blakely; Evan, Eric, Taylor and Kacie.